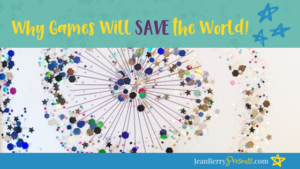 Not that many years ago, my kids were teenagers and would spend hours in the basement playing video games. Usually they were all on a console making things happen and competing for whatever level was next.

An interesting thing happened during that time. A game called Minecraft came out and when I went to chat with the kids in the basement, I would find them all lounging watching the screen, and one person was ‘playing’. They would be having animated conversations about the next move, the bigger plan and how to move forward in the game.

And so the question becomes-
Why are so many kids watching other kids playing video games and playing with toys?

To me, this is fascinating, because although my son would say, “we were just hanging out”, this movement of watching game play is pointing toward a greater trend of a generation that is shifting the world.

I find this really exciting, because it means that even as the trends that are pointing toward gaming and games as growth industries, there are some big reasons that Games and Gaming are saving the world and redesigning our interactions for the better!

A friend of my son’s, Christian says, “There’s a sense of a ‘couch co-op’. . . It’s never so much about the game that’s being played, but the people you’re in the same room with.”

So how do we apply this co-op approach to business?

In creating board and card games with experts in different industries, I have have discovered that these benefits are indeed transferable (and can be very profitable too!).

We live in a world that is more and more isolating. People sit at computers and rarely have real conversations. Business games open up interaction and allow you to work with peers and mentors as well as give the real-world skills of solving problems, communicating, sharing insights and growing on a personal level.

By talking with another about a game challenge, insights or how to move up a level in a game, you get to be in that ‘couch co-op’. Shared conversation grows trust and likability which opens up real business benefits of attracting your tribe to you and creating super-fans through playing together.

As you experiment inside games, you sit side by side with another person and learn a new way of doing things in a way that is non-confrontational and fun. This makes growing a business more fun, because you can lean into your community to do much of the ‘teaching’. This all happens from playing together.

Imagine running a retreat or live event where everyone is engaged, having fun AND having deep transformation. These kinds of shifts in business are saving the world from short attention spans, boredom, being stuck in ruts and so forth.

If you want to see a great video from a video game designer, Jane McGonigal on how games can make you live longer and make you happier, you will love this like I did! Watch it here.

Do you want to join the Game-Changers conversation? Jump in our FB group co-op! 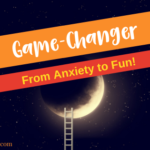 I had a game that I played called 'Feeling … END_OF_DOCUMENT_TOKEN_TO_BE_REPLACED 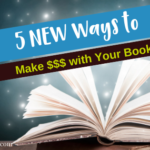 Congratulations, you are a Book Author!  You … END_OF_DOCUMENT_TOKEN_TO_BE_REPLACED

Terms & Conditions
Affiliate
We use cookies to ensure that we give you the best experience on our website. If you continue to use this site we will assume that you are happy with it.OkRead more